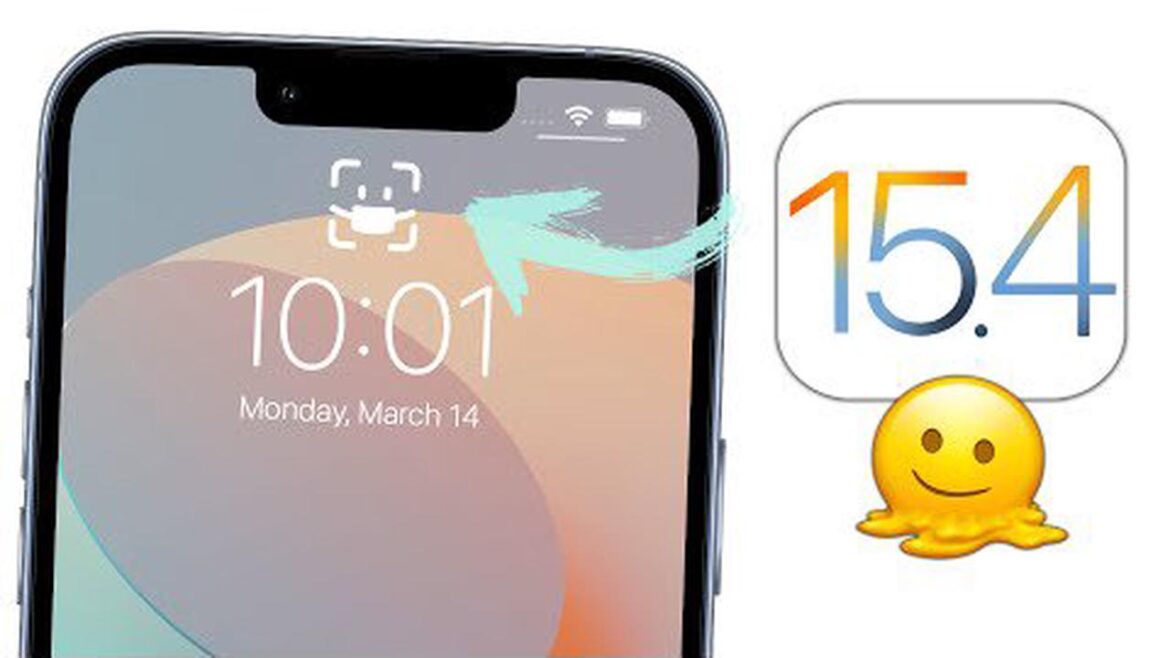 The main feature of the iOS 15.4 is giving users the ability to unlock their phone using Face ID, even with a mask on. This is a great feature for users who do not have their own Apple Watch, according to GSMArena.

The rollout of iOS 14.5 in 2021 introduced FaceID with a mask for iPhone users who also own an Apple Watch. The new Face ID only works on the iPhone 13 and iPhone 12 generation, though it is less secure and slower.

The limited feature availability might be the least of iOS 15.4’s issues as a growing number of users are reporting bad battery life on their iPhones after the update.

Users even said that iPhone 13 Pro Max only lasts for half a day. Older iPhones like iPhone 11 dropped 80% of their battery charge in 24 hours with two hours of screen on time.

The issue is not universal, though, and some temporary battery issues are sometimes expected after an update. And iOS 15.4 might not look like a major one, but apparently, it includes 39 vulnerability fixes.

Still, the battery drain figures are high. Some users have theorized that Apple has started using the max 120Hz ProMotion refresh rate more frequently, according to BGR.

It is possible, but it can’t be the full explanation since only the iPhone 13 Pro and iPhone Pro Max have ProMotion, and these are not the only affected iPhone models.

Aside from the battery issues, iOS 15.4 also includes more than 100 new emojis from the Emoji 14.0 set. It comes with a new voice option for Siri together with the ability to give users the time and date information offline.

The iOS 15.4 update is expected to have EU Digital COVID Certificate that stores vaccines cards in Apple Wallet. It also has updates for Safari web page translations with support for Chinese and Italian. It comes with Podcasts app improvements and more.

According to MacRumors, iOS 15.4 has a lot of new features that iPhone users can enjoy. The update will give users an option to unlock their iPhone while wearing a mask with no other hardware like the Apple Watch. Apple warns that full-face ID is the better option, but mask Face ID is now available.

The Face ID is designed to use the area around the eyes for authentication purposes. It also works with glasses, but it is not compatible with sunglasses, and users must be looking at the iPhone to unlock it with a mask on.

As for the Personal Automations that are set up in the Shortcuts app, you can use the new “Notify When Run” option that lets you turn off notifications for Shortcuts.

You can choose not to be notified when a Shortcut activates, something that was not possible with the previous versions of iOS 15.